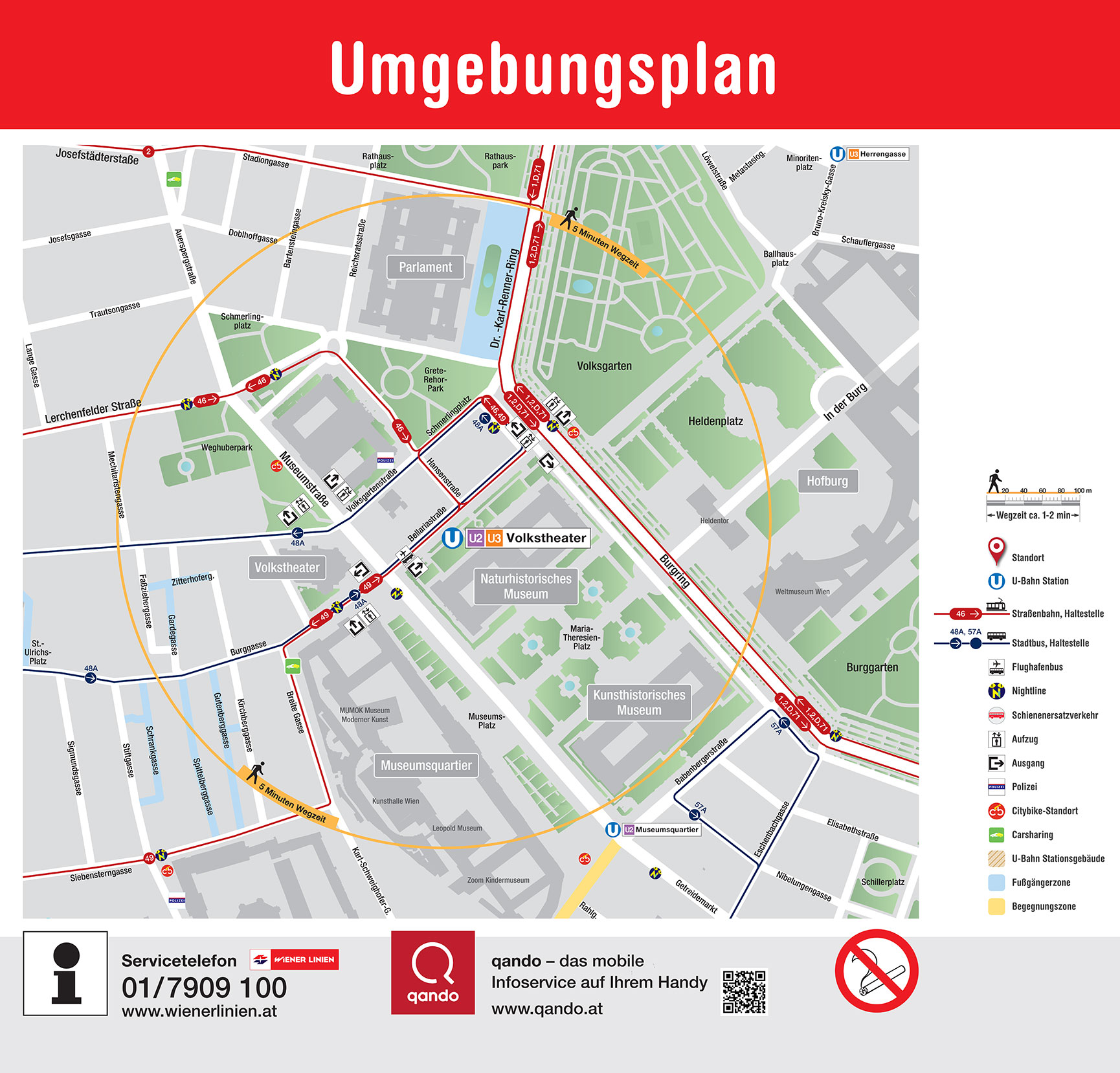 ‘You are here’ surrounding area map re-design and info-graphics for each of  the 98 Ubahn-Metro stations in Vienna, including extended line of the U1 Metro (U1-Verlängerung) and other key intersections/locations. The implementaion of the map has been gradual since 2014. This colossal- project was successfully completed in 2017.

The Wiener Linien projects in particular were designed aiming for minimal cognitive load for the users- in this case the commuters. (The time taken for the commuter to orient himself using the map as soon as he/she alights from the U-bahn.)

Each of the map in the Umgebungsplan project was unique, be it a part of Donauinsel or the heart of Innere Stadt or Schönbrunn. While the core graphic language was maintained,  a unique component would need to be designed and considered with every new map –  such as a transparent bridge like in Hütteldorf, or detailing of the Karlsplatz or the Praterstern junction or when the underground metro line goes over ground etc. All the stations were visited, researched, processed and designed from the POV of the the commuters – does it lead or distract them from the goal? 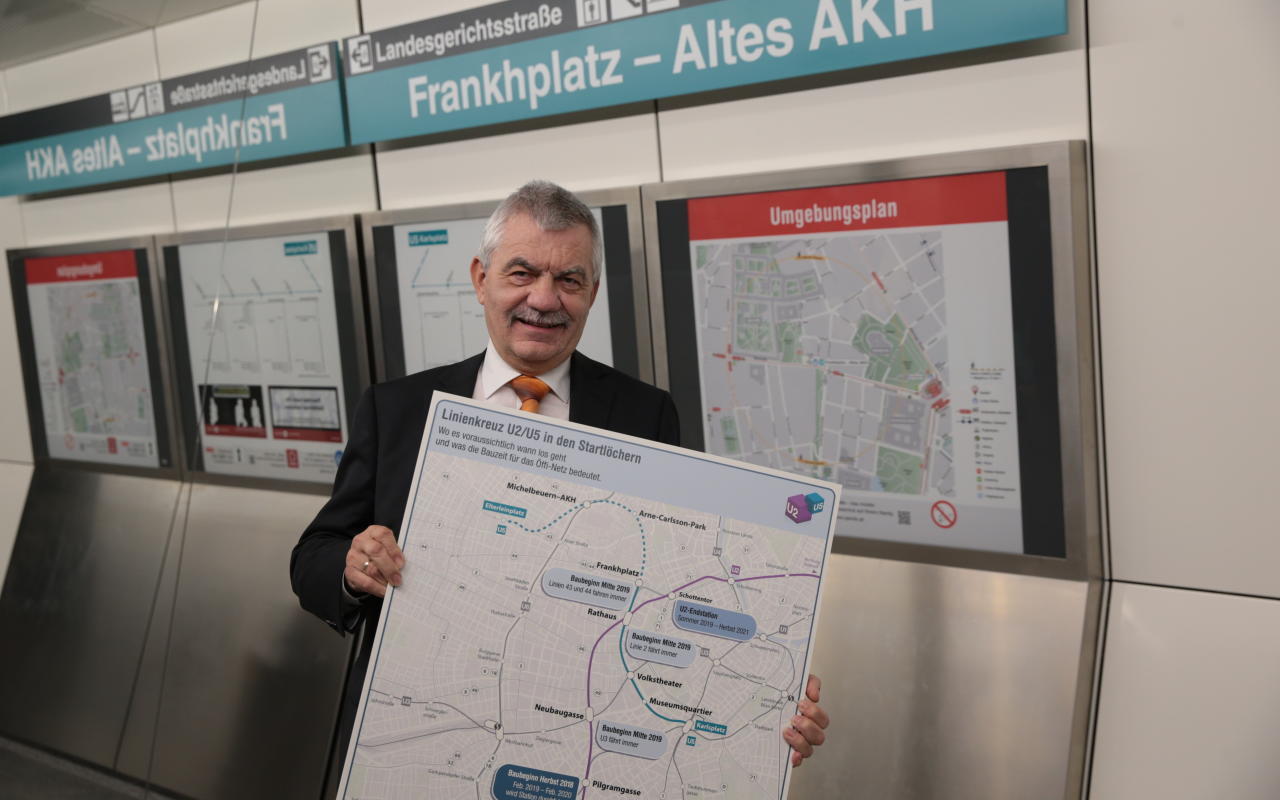 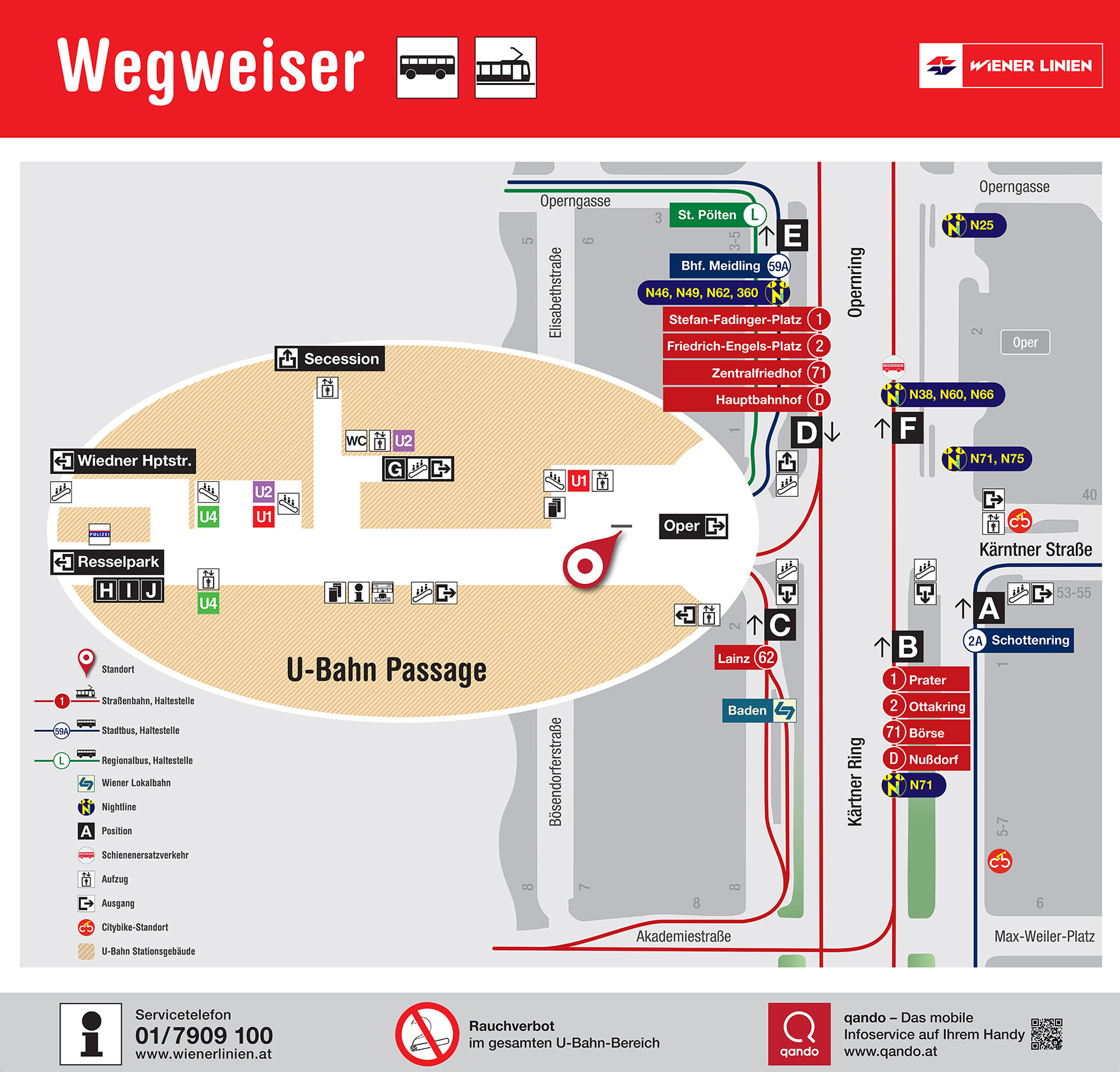 A challenging project whose target was

– to achieve the seamless orientation for the commuters

The project was successfully completed and implemented at Karlsplatz, visible since 2014. Soon after, wegweiser for Hietzing, Praterstern and Hausfeldstrasse were also designed.

The ‘Multisensual Stele‘ is anmulti-sensory information post in public transport system that can be accessible to passengers with disabilities.  The MUSIP was designed by Ing. Roland Krpata and developed together with Telereal for Wiener Linien.  In  2012 a prototype was set up in the Hauptbahnhof / Südtirolerplatz Metro station, in 2013.  is-Design GmbH was commissioned to revise the interaction concept and the graphic design.  After which more info-points have been commissioned at Hauptbahnhof and  have been in use since March 2014. The Karlsplatz info-point was then commissioned and has been in use since 2015. 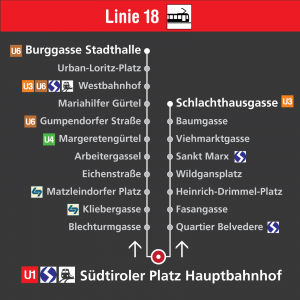 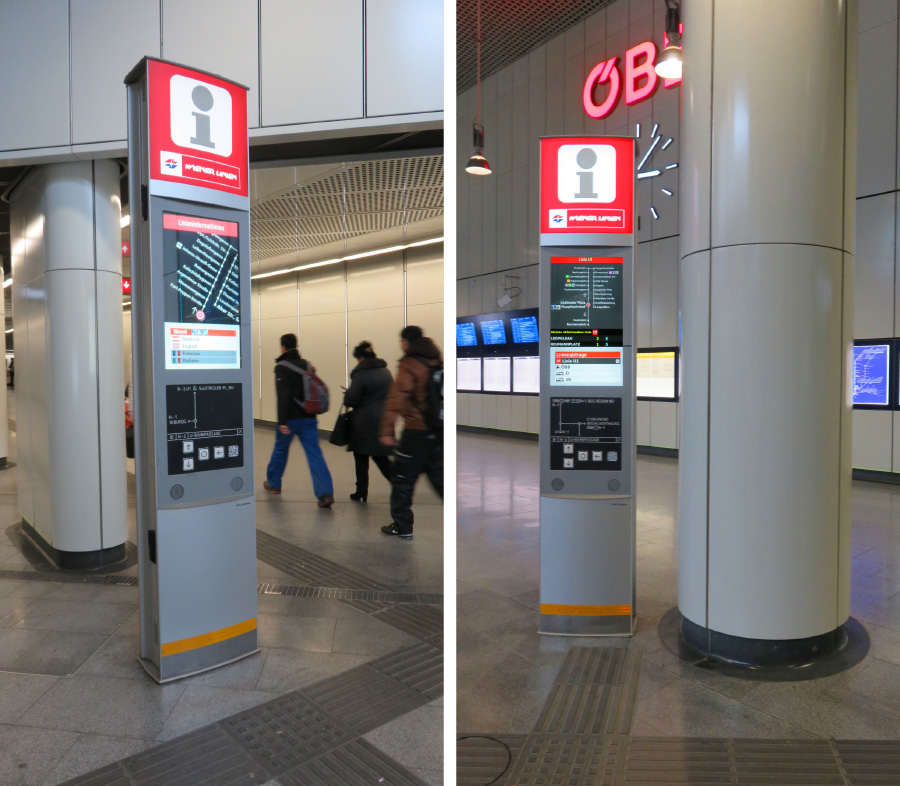 A prototype of a new vandal-proof ‘bus/tram-stop of the future’ was designed and developed at Kagraner Platz. Commuters use the  integrated screen using the buttons set in raised tactile control panel  to select the required information. A tactile guidance was also provided for this stop . The technical system & the equipment were implemented by Telereal while the navigation bar and the screen information (also barrier-free/accessible) were designed by Veronika Egger from is-design GmbH and myself. 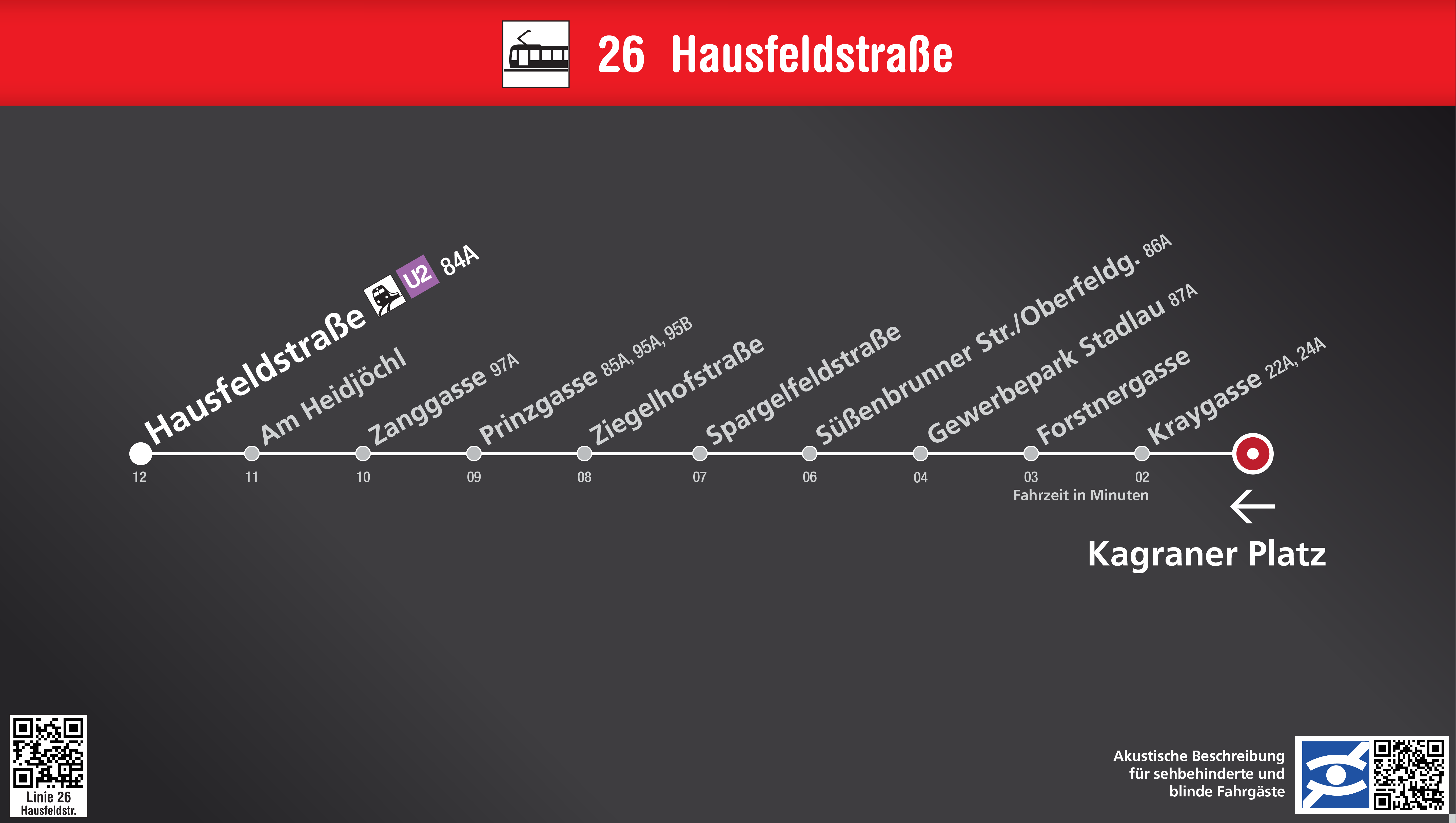 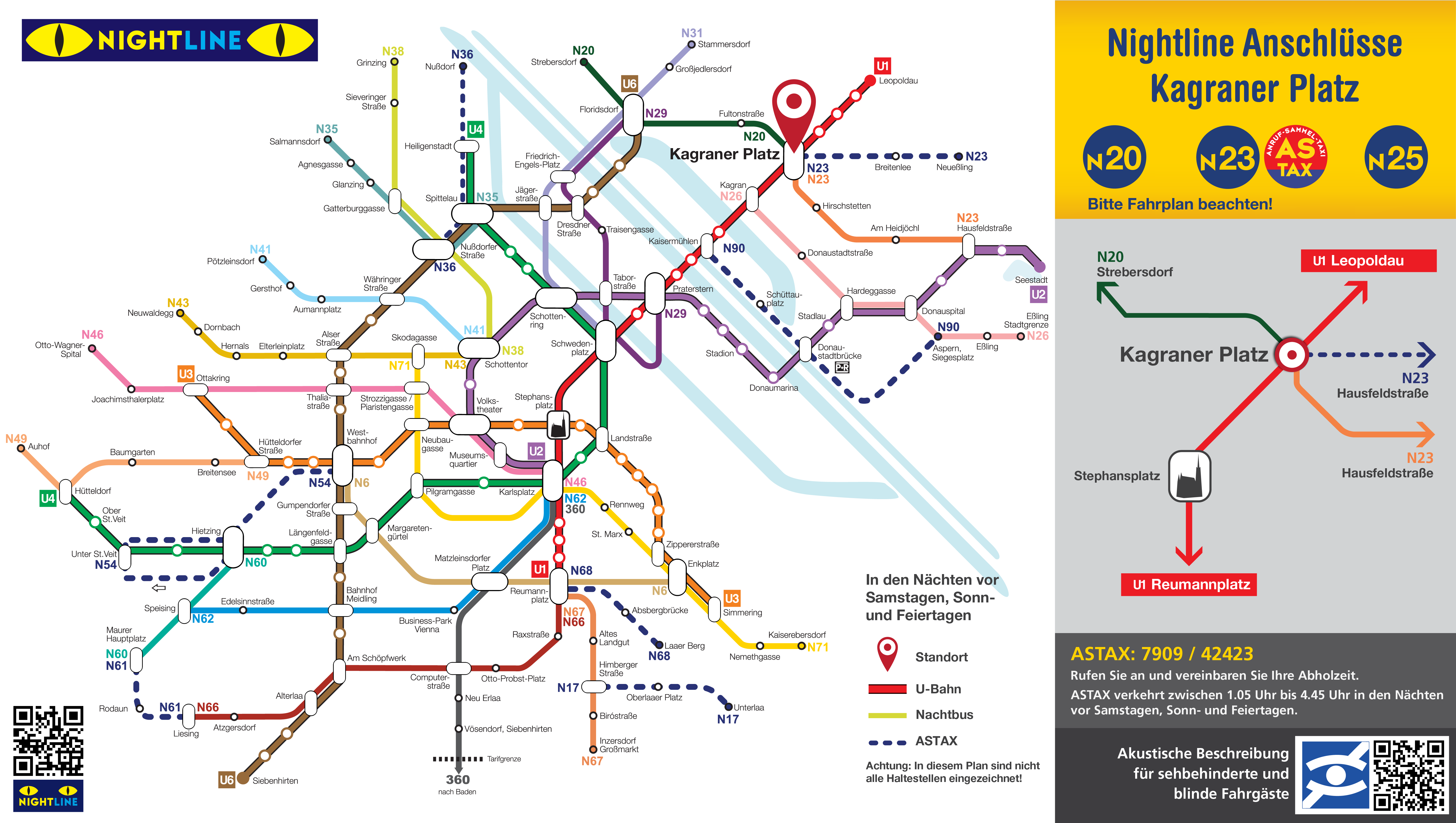 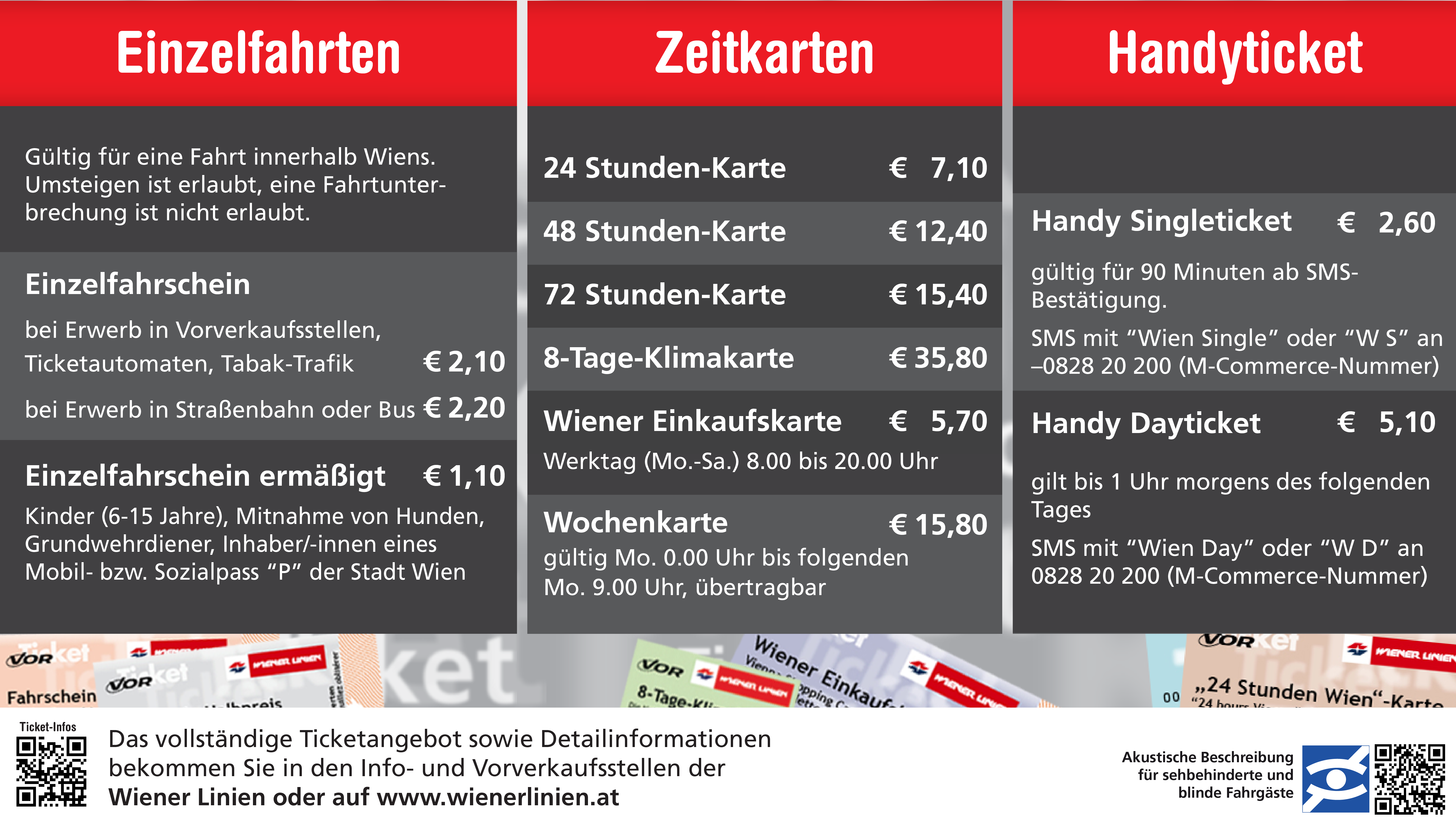 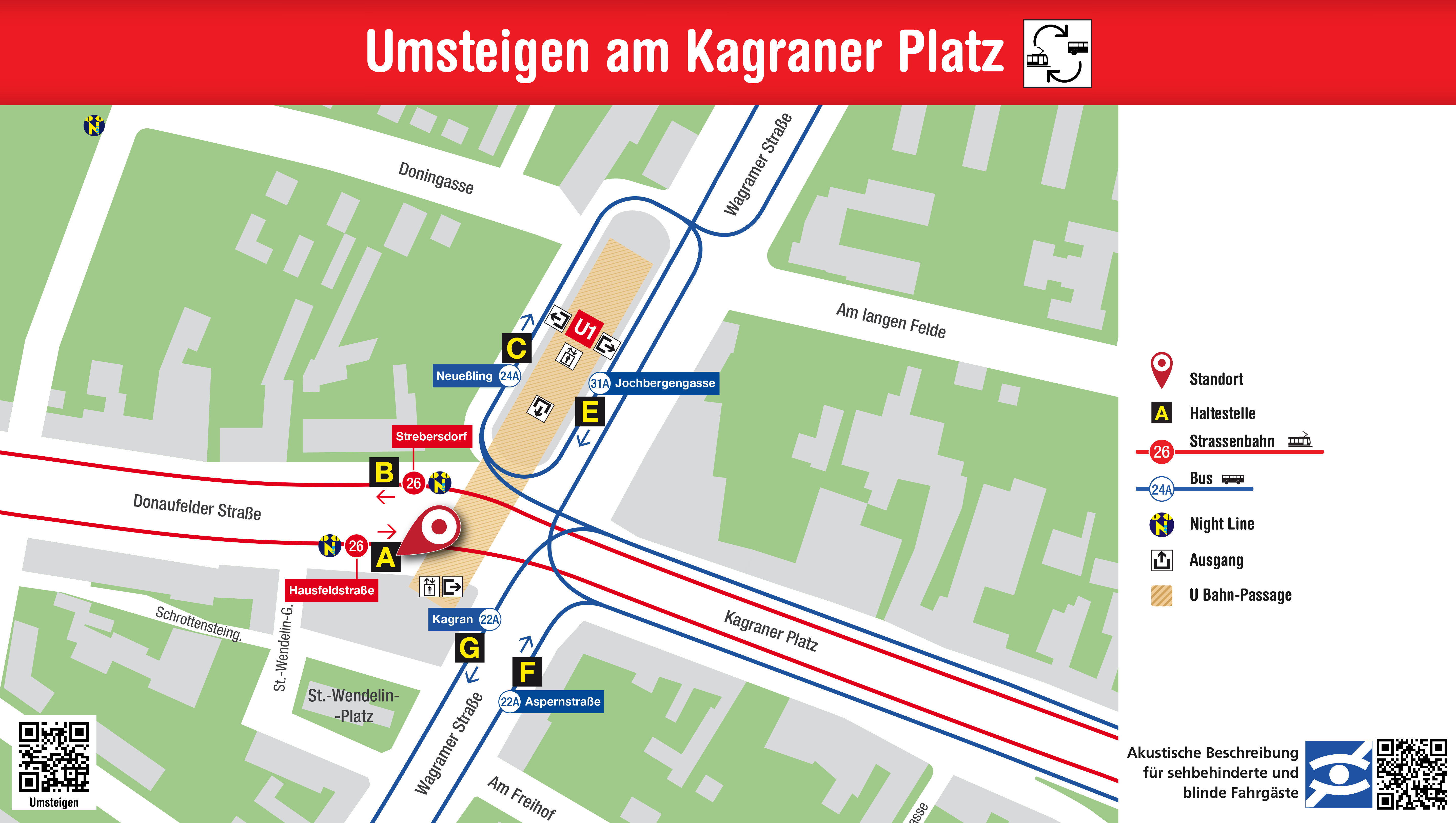